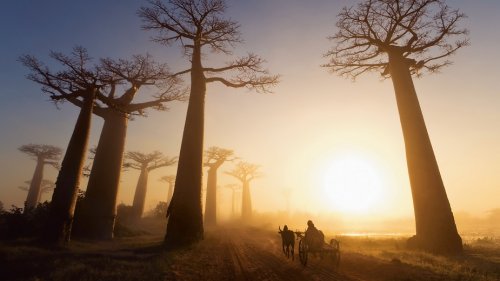 Unmistakable for its majesty, the Baobab is an important economic resource and a source of food and medicines for various African populations; In recent years the fruit and other parts of the plant are the subject of several studies aimed at recognizing the nutritional and biological properties, with an eye to possible use in phytocosmetics, close in the work presented in this article.

The Baobab is a plant belonging to the small pantropical family Malvaceae (the family that according to the new botanical classification APG III has been deleted and is part of the Malvaceae, subfamily Bombacoideae) and includes eight species belonging to the genus Adansonia.
It grows naturally in Africa, Madagascar and Australia, but over time it has been widely disseminated by humans in other countries.

In Africa is located in arid regions at the border of the forest, from the regions south of the Sahara to South Africa. The African Baobab (Adansonia digitata L.) is a tree which can easily be identified by its huge trunk and the characteristic appearance. It is called "upside down tree" because of its stubby branches, which during the dry season may remain for months with no leaves and look like the roots of a tree upside down "upside down" and re-planted in the ground. The botanical name Adansonia digitata owes its name to the French researcher Michael Adanson, who in the eighteenth century provided the first detailed description of the plant, and the typical form 'typed' leaves.

Read the full article on Natural1.