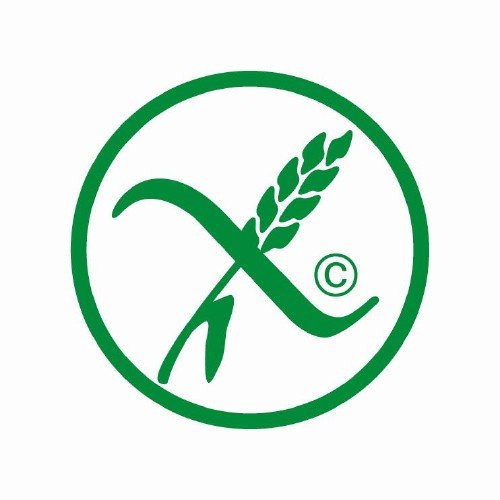 Gluten: a problem not only for celiacs
Giuliana Lomazzi

More and more people eliminate or drastically reduce the gluten from their diet. The coeliacs are just the tip of the iceberg: let’s see why.

Bread, pastry, cakes, biscuits, bread sticks, pizza, what would all these beloved products be like without gluten? The question is not obvious, given that this group of proteins found in some cereals such as wheat, spelled, kamut, oats (1), rye and barley, causes many intestine problems in intolerant subjects. The most severe reaction is celiac disease, a genetic disorder that has a single, drastic cure: the total and final elimination of the ascribed from the diet.
However the intolerance to gluten may also occur in other forms, less obvious ones. For some years we talk of gluten sensitivity, on which an American study led by Italian researchers has turned the spotlight on (2). "The intestinal mucosa in these patients are normal and show no damage typical of celiac disease, even if the intestine is inflamed" summarizes Alessio Fasano, director of the Center for Celiac Research at the University of Maryland and co-author of the study.
Those who are affected by gluten sensitivity suffer from abdominal pain, migraine, depression, lack of clarity. In short, milder symptoms that require a proper diagnosis but not necessarily the exclusion of products containing gluten. To be pulled into question, however, it is not only the gluten in itself, but also the grain that contains it. "These abnormal reactions depend on products where the percentage of gluten was increased artificially. The human body has not evolved enough to be able to handle these substances, "continues Fasano.

Frumenti Frankenstein
"Today we are largely dealing with overfed grains, which contain a proportion of gluten 12% higher than in the past" complaint Cyrus Dressed, professor at the Sant'Anna School of Pisa. "Not only that: in these fractions there are toxic components of gluten, which make life difficult for borderline subjects for celiac disease."
It all started in the 70s with the genetic alteration of the grain, made by gamma rays of radioactive cobalt. This gave birth to the creso, a dwarfed grain useful to reduce costs in the supply chain and the father of generations of an even richer wheat in gluten. Many experts, such as Professor Luciano Pecchiai, attribute the increase of cases of celiac disease to these alterations. In addition, the gluten also causes digestive problems, such as dyspepsia, already diffused.
Given these premises, it is clear that today protect it is essential for everyone to protect ourselves from the excesses of gluten.

A gluten free diet
For celiacs the only eligible cereals are those who are gluten-free, ie, rice, millet, quinoa, amaranth, buckwheat and corn. It is essential not to see these grains as a odious expedient, because they are quality products, each one with a distinct flavor and nutritional properties of interest. Amaranth and quinoa, for example, are very rich in proteins of merit; millet contains silicic acid, which strengthens hair and nails; buck is easy to digest and protects the capillaries; rice is, among other things, an anti-inflammatory intestinal; yellow corn contains provitamin A, the black and the purple ones have many antioxidants.
These are all versatile cereals and often, as in the case of amaranth, buckwheat, quinoa and millet, they are quick to cook. The important thing is to choose (where applicable) integrals and, therefore, of biological origin, since pesticides are concentrated on the outer layer of the grain.
Do not forget that, just like the intestine of people who are not allergic to gluten, the intestine of celiacs needs fibers. These ensure intestinal regularity, are able to hold off cholesterol and blood sugar and prevent diabetes.
Unfortunately, for the majority of celiacs it is difficult to give up the foods they were used to. And the food industry has decided to do something.

An expensive basket
Companies have responded with a wide range of foods such as bread, pizza, pasta, biscuits, snacks and many other products in gluten-free version. The Italian Association of celiac disease has been wondered how much the turnover of the market for gluten-free food is. The answer? A basket of 12 products containing pasta, bread, flour, preparations for pizza, biscuits, snacks and frozen ready meals, is around 40-60 euro, while the equivalent of normal products amounted to 25. There are other good examples: 4 EUR per 150 g of crackers, 16 euro per 1 kg of lasagna, almost 10 euro for a box of bucatini and so on. In total, it is estimated that 122,000 Italian celiacs spend 200 million euro annually for their diet.
Thus, most of the time the specific products for celiacs do not shine for quality. The foods are poor, rich in refined sugars that increase digestive problems and fermentation; often contain refined flour, additives and dairy products, which are difficult to digest for celiacs because of their intestinal villi impaired by the disease. To this it has to be added that they are almost never GMO-free
Guaranteed.

Knowing how to choose and cook ...
How to escape all these pitfalls? Reading labels is of primary importance. There are products in adequate appearance, such as soy sauce, some yogurt or fresh cheese, vegetarian croquettes or some dessert spoon, which may contain starch or gluten.
The best choice, the most healthy and economical one, is to purchase commodities, ie gluten-free cereals of which we talked about in the form of grain or flour, and turn them into delicious and mouth-watering dishes. Difficult? No, you just need a little creativity and imagination. However, to start off on the right foot, there are also great recipes, such as the one signed by chef Antonio Zucco which is an appendix to the book Celiac without sacrifice, written by Luisa Ferrari and published by Edizioni Terra Nova.

Info - Understanding Celiac Disease
In some individuals, gluten triggers the immune reaction that damages the intestinal cells, causing swelling and pain. Attacked repeatedly, the intestinal tissue deteriorates until you lose the villi, or growths that retain the nutrients. From here the organic deterioration starts.
Over the years, the immune reaction can lead to dangerous autoimmune diseases and cancer, so it is good to arrive quickly at a certain diagnosis and immediately adopt a gluten-free diet.

Info - Less gluten: a good practice for all
Not suffering from celiac disease is not a good reason to exceed on the gluten. In addition to alternate all types of cereals, it is good to give preference to grains of old varieties, which have not undergone genetic modifications of creso and derivatives. Without going far back in time, you just have to lean towards a Senatore Cappelli, born a little less than a hundred years ago but selected naturally and with a restrained content of gluten. Spelt and kamut are also easily digestible. Then, we also find barley and rye among cereals with a lower gluten content. Like oats, barley has optimal fiber for the intestine. In short, changing is the watchword!