What Do we Mean by Spirituality? 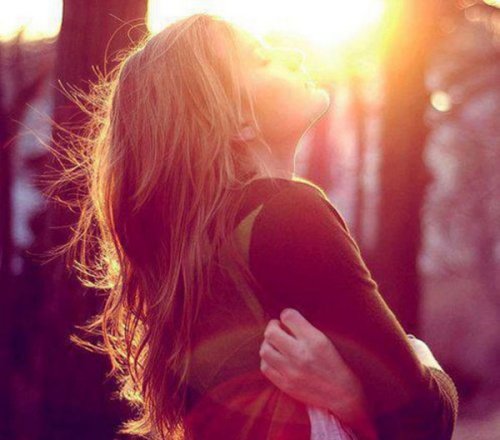 What do we mean by spirituality?

Everything within us recognizes that there is not only substance, events or beings as well as our senses perceive them. But that what we perceive in this way is a manifestation of actually deeper and more important realities.
Spirituality is religion, but not necessarily in the sense of an organized belief. Even the free one spirituality is a type of spirituality, which starts from a conviction by an impulse, or even a doubt, an inner question.
We can refer to it as religion in the original sense of the Latin "re-ligo," I reconnect myself to the spiritual world, to a deeper understanding of what surrounds me.

I find in the substance and in the material beings that surround me something that is not only mineral, but that expresses its forms, its life, its beauty, its sense, something more ... This start in me thoughts and impulses to act, which are not mineral ... But who are part of my inner world which is of a different size, superior, a dimension which then determines what to do with and of substance... and what do we get for our inner selves.

And all the nature around us, with its beauty and perfection of operations, speaks to us of the wonderful beings who built it and take care of her. There is no beauty in the world or efficient operation of something, unless some kind of conscience did carefully planned, designed and constructed them...

No, they can not. They even do not know how to make a blade of grass ... So this means that some creative consciousness superior than the one of men is is working to create the wonderful beings around us and that we just can not create yet.
But even looking at the path of our lives and of other people little by little we are able to realize that the events are not random, but lead in certain directions, that encourage us to do certain things rather than others, to work in certain directions of inner growth ...
That we are free to follow or not. As if Someone carefully wrote for us a script of which we are the actors called to improvise every day, as in the Commedia dell'Arte ... But anyway on the basis of an outline of which Someone has lovingly and wisely determined the place, the customs, the features, the time, the scenes, the actors and the flow of events ...

A materialist scientist, or a materialist adviser like Piero Angela, would say that it is all the result of chance ... That sooner or later everything that exists came out because of the law of probability of substance, which creates itself randomly, and from randomness everything came out, all the beings, the ecosystems, the thoughts, the feelings, the beauty, the flow of events ... And that at the end it is only a statistical fact if from chaos intellingent systems are created.

Yes – we would say - like the history of the half chicken for each, invented to allow one to eat and the other to hunger ...

And this exaclty this pseudo-scientificway and scientistic waf of thinking ... a little barbarian, a little thoughtful, devoid of heart and feeling hopeless that dominates our materialistic culture. As Rudolf Steiner would say… this "negative superstition", so that lead to argue that there is only substance and only fate we are forced to the most abstruse theories, to plug our eyes and turn off our heart.

And then let’s try to do an experiment on the law of probability involved in this case: we go on a beautiful beach and we say to ourselves that if you repeatedly fill a bucket with sand and throw it in the air, sooner or later, relying on the law of probability, the sand while falling will necessarily have to be arranged in order to build itself a beautiful castle with moat, walls, towers and battlements... Because according to a probabilistic level this is possible, and this it is exactly how the whole universe was born with all its worlds and its creatures. And we start throwing sand in the air, one, ten, a hundred, a thousand, a million times, a billion times ...
According to you will it be possible for the sand castle to appear? Even if our descendants would work on it every day for thousands of years?

Obviously not, and the law of probability is untrue ... and that the case does not exist. The castle will never come out at random ... we all know it. And in addition to this it must be said that someone would still have to pull out of somewhere some sand, a bucket, us who are on the beach and our desire to understand and to do ...
Imagine if instead of the sand castle was supposed to come out the plant, the animal, mineral and human world... With their complexity, their beauty and their delicate and wonderful evolutionary equilibria.

Spirituality means that we understand and feel the same world of thoughts and feelings that is within us and is the basis of every being and event around us, which arise from the thoughts, feelings, the love of Somebody who wanted to build for us on Earth a wonderful stage that would encourage us to grow and become a bit at a time like Him, able to affect reality with His own means: a loving and creative thinking, which becomes actions capable to perfect the world, as did and does Who created it.

A path to recognize and act more and more like children of the same quality of the Father, of the Spirit World ... and who were sent to Earth just to let those same qualities grow lovingly creative and which are everywhere around us, and that we can recognize watching a sunset, enjoying good food full of vitality and beauty, watching a flowing river, a flying bird, a flower that blooms ...

Spirituality means to realize the non-random, an intelligent river of divine love in which we find ourselves ... and slide it inside us and outside us to improve ourselves and the world around.
And ... feel happy for this!