New Study Published on the Positive Effects of Kamut 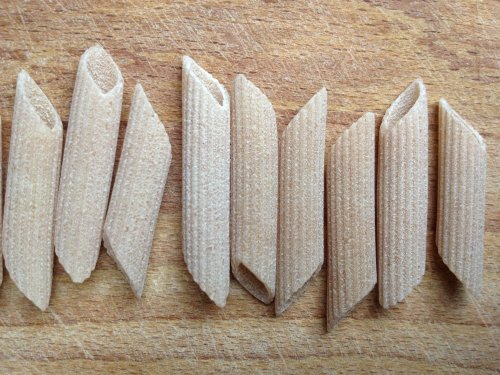 We are pleased to announce the publication in the scientific journal European Journal of Clinical Nutrition (January 2013), of the first study of Phase III of the multiannual research program sponsored by the Kamut company, to investigate the properties of the ancient khorasan wheat branded and marketed Kamut® and the reasons for its greater tolerability.

This study was conducted on 22 healthy adults, eight men and 14 women, and focused on the two most important cardiovascular risk factors: the antioxidant capacity and the inflammatory parameters.

Professor Stefano Benedettelli of the University of Florence coordinated the project, divided into studies on blood tests led by Francesco Sofi at the Nutrition Agency, University Hospital of Careggi (in collaboration with F. Cesari, AM Gori, C. Fiorillo M. Becatti, A. Casini, R. Abbate and GF Ginsini) and analysis performed on the flour by Anne Whittaker (in collaboration with G. Dinelli, I. Marotti, University of Bologna).

The research was divided into three phases, each lasting ten weeks. The members of the first group of volunteers were fed with products made from Kamut ® Khorasan wheat, the second ate pasta and bread prepared with modern durum wheat. Later both groups have resumed previous eating habits for a period of "washing". In the last phase the two groups inverted the diets with which they had begun.

After an investigation, in the people who were fed with Kamut ® Khorasan wheat for ten weeks, there were significant reductions in the rate of total blood cholesterol (-4%) of LDL "bad" cholesterol (-8%) and an equally massive increase in minerals such as potassium (+5%) and magnesium (+2%). These favorable consequences for cardiovascular health have been accompanied by a significant beneficial effect in reducing the inflammatory state, through the statistically significant reduction of inflammatory cytokines such as TNF-alpha (-35%), and interleukin-6 (-24% ) and the antioxidant profile through the reduction of TBARS and carbonyls.

This is a great opportunity to learn more about the benefits of ancient and organic grains " said Bob Quinn, Founder of Kamut International. "Over the past four years we have completed the first two of the four stages of our research project. We were anxious to see further confirmed the initial results. A diet based on Kamut ® brand wheat compared to the durum traditional one leads to a higher antioxidant capacity and a reduction in inflammatory activity. "

And we want to thank for its cooperation also the Molino Sima of Argenta (FE), the largest importer of Kamut ® Khorasan wheat in Italy, which has provided the flour used in the study.

Phase IV, already begun, aims to compare the effects of old and modern wheat in people who suffer from specific diseases such as irritable bowel syndrome, cardiovascular diseases and diabetes.