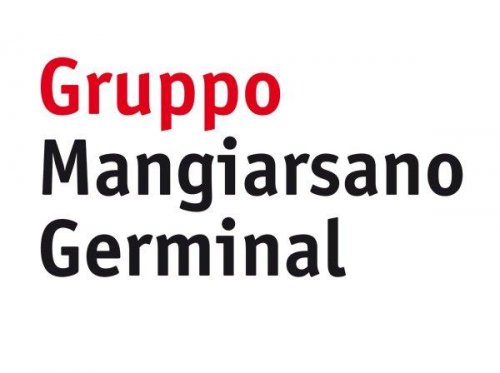 Born from the union of two historic Italian organic companies, the Group Mangiarsano Germinal, operates in Italy and in the world, relying on the strengths that have made of it a reference for customers and consumers.
"Nourish Your Health" summarizes the philosophy of the Group, which in fact consists in the formulation of products respectful of men and dedicated to some specific nutritional needs, and with a policy of development careful to environmental factors, as well as to market opportunities .
A technological and productive package at the forefront, enclosed in the facility of Castefranco V.to, has allowed the Group’s production company, The Mangiarsano SpA, to obtain the most prestigious certification of production processes and finished products, especially in the types of product dedicated to food intolerances.

The ability to simultaneously produce foods with and without gluten, on two production lines located in the same factory, for example, is a record that only a few companies in Europe can be proud of. Foods with no milk, no eggs, no salt, yeast free, gluten free, have become distinctive and irreplaceable factors in the commercial offer of the group.
The production capacity and technical expertise have enabled the Mangiarsano to structure a great and intense offer of bakery products, winning leadership positions in Italy and abroad in many market niches. Thanks to a vigilant presence on the market, to the timely reading of the changes and evolution of eating habits and lifestyles, thanks to the clearly "pioneer" vocation in the direction to open a new niche of consumers, satisfying some trends long before the actual presence of a substantial market demand, the Group is thus always voted in new projects.

A third point is represented by partnerships with companies in the sector. Often interesting impulses to development came just from a few customers, both in relation to their commercial identity, both in relation to the demands of their markets, as in the case of our production for export to the United States, a number of organic products that brings together ancient cereal grains , prominent nutritional characteristics, and a sophisticated and satisfying flavor.
In this context, the relationship with Probios is a case study.

Towards the end of the 90s, much of the debate on the issues of nutrition and health, examined the issue of celiac disease, a very serious and widespread food intolerance, which prevents the consumption of food from our kitchen as bread, pasta and pizza, in their traditional formulation.
Gluten, a complex protein contained in the commonest flour, not only generates even life-threatening reactions in allergy sufferers, but also a number of minor disorders, often erroneously attributed to various causes, in intolerant people. The lack of a medical practice at the time of diagnosis of these intolerances, suggested that the actual number of intolerants to gluten was enormously greater than we know, so many companies began to introduce in their market products without gluten.

While the gluten-free references increased in number in supermarkets, in the organic world they were missing altogether. This deficiency was undoubtedly due to the smallness of the volumes at that time that a line of organic and gluten-free foods would have produced, but also to the technical difficulties inherent in the development of these products. Gluten acts as a "glue" in the mixtures, a function assigned to various types of additives in conventional products.

Organic products, unable to contain some chemical additives, represented a major challenge for researchers of The Mangiarsano. The intention of the two companies, the communion of views, were the driving force of the development of the first organic gluten-free products in Italy, a capitalized position by the huge success of the line of Probios Rice & Rice, the absolute most authoritative reference in this niche market.

Today Mangiarsano is a manufacturing leader in the market of organic, healthful and functional bakery. It has two modern production lines, located in the establishment of Castelfranco. It produces thousands of tons of finished product per year, marketed in Italy and in the World
www.mangiarsanogerminal.com