The Vegan Choice - The Focus of Probios 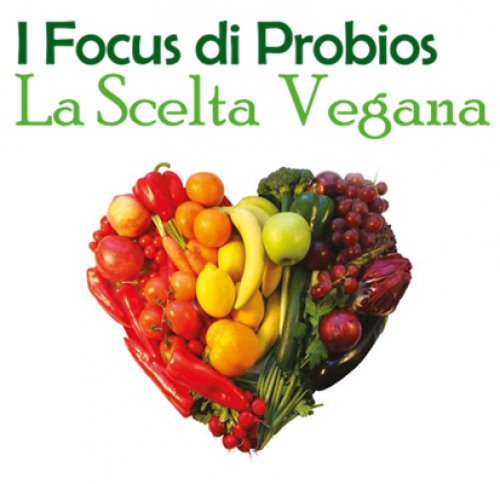 The Focus of Probios: Choosing vegan

Edited by Lorenzo Lombardi:
Yoga and martial arts instructor
Consultant and expert in the Green Economy
President of Verdi Toscana

I'm a vegan for about 6 years and vegetarian for 11.
I still remember the faces of many people when 11 years ago I told them that I had become a vegetarian (at the age of 23 years). And then the classic questions: "But where do you get the proteins?".
Now I smile because of these questions, and invite people to practice with me, since I spend 5 hours a day practicing meditation, the postures of yoga and martial arts, but nobody comes... especially when I practice Karate !

6 years ago: the vegan choice.
At that point when I told people that I was vegan it seemed in their minds that a question would occur: if I was an alien came to conquer the world. A question made even stronger by the fact of being a "green”, something that fueled suspicions about my coming from distant worlds.
Seriously (but not too much) I was very happy to know from my friend Elisa Favilli, marketing manager of Probios, that in their online survey among customers and followers, there was a request for more information on nutrition and vegan choice. I am happy because the sole knowledge sets us free and I see that more and more people, especially young people, want to have more information about choosing vegan food.

The keyword is awareness. This is the keyword in Yoga and therefore in every act of our lives.
Are we really aware of what it means today to have a piece of meat on the plate? Are we really aware of how much suffering there is around foods of animal origin, how much suffering for humans, animals and the planet?
The answer for many people is still no.

In 2006, the FAO (Food and Agriculture Organization of the United Nations) issued an important dossier on the environmental impact of a diet with meat. When I refer to a diet with meat I mean a diet with animal proteins, ie meat, fish, milk and dairy products as well as eggs.
The Earth produces vegetable food in abundance to feed many more people than currently live there, but 80% of cereals in the world (95% of those produced in the USA) are designed for about 100 billion animals that each year are slaughtered for a diet with meat, mostly for the consumption of the western world.
Those cereals alone would be enough to feed 8.7 billion people. And while in Africa and in the southern hemisphere in general 40,000 children per day (a day, you read that right) die of malnutrition, in the west 800 million people die from obesity and the third leading cause of death in the West is the abuse of drugs .
To create space for pastures thousands of hectares of Amazon forest and primeval forests have been destroyed; without thinking of the faeces and urine of the 100 billion animals slaughtered each year, can you imagine what does it mean to dispose of poop and pee for 100 billion animals? They pollute the waters and their intestinal fermentation produce 37% of anthropogenic methane (which has a calorific value of carbon dioxide and then even more damaging to the greenhouse effect).
To make a pound of meat over 15,000 liters of water are necessary, compared to about 800 to make a pound of protein from vegetable sources.
The meat industry produces 18% of all global pollution. All transports of the world (cars, ships, airplanes) 12% of it. You could spend more than € 20,000 to move on an electric car, but only by becoming vegan you would introduce less than one and half times CO2 into the atmosphere.


Then it is obvious that behind that piece of meat or cheese, there is the suffering of billions of animals. There are animals forced to live their entire short lives in cramped conditions before being slaughtered, opened and with their throats cut, blown to pieces, and then become the slices of ham in the sandwich.
Mothers who feed their children the lives of other children torn from their mothers.

Is this the famous evolution of man? If the man really is the most evolved of animals among the living beings, he should take care of all forms of life, not torture them.
Otherwise he's just stronger, but not more evolved.
And if it is so "natural and normal" for humans to eat meat, why cannot we bring our children as the tiger mother does for example when she teaches her cubs to hunt?
For them it is natural, but instead our society keeps slaughterhouses well hidden instead of letting do the "dirty work" to others. Where is our consciousness when we look at the tender calves and then we do not see the same animal on the plate?

We come to a final fundamental consideration: why do vegans refuse to eat milk and dairy products and eggs?

Cows are mammals just like women. And like women they produce milk when they give birth. That milk would therefore be for the growth of the calf, which instead is snatched from her mother, fed with milk substitutes and then scheduled for slaughter. The industry of milk and dairy products is clearly closely linked to that of meat. The cow is made pregnant, and the calf is slaughtered and the milk is produced for human consumption.
Moreover, humans are the only species that drinks the milk of another species. It would be like if horses would drink the milk of human women, or if donkeys would drink the milk of the cat or dog mother. In addition, it is not just something to think about from a ethical point of view, there is also a question of healthy character, on which I should write a very long article, but it is enough to think of those who are intolerant to milk to understand that it is not a food intended for human consumption.
On this topic I recommend reading the book "The China Study," a study conducted by leading experts on nutrition supply of the most important universities in the USA about 27,000 people and that has demonstrated the strong link between cancer, autoimmune and cardiovascular diseases (diabetes, sclerosis) and the use (disproportionate especially in USA) of animal proteins.

Finally, let’s talk about eggs: in the industry of laying hens, the hens are only females, ie those that produce eggs. Therefore, males are immediately "discarded" as if they were objects, because unnecessary from a financial point of view, thrown alive into the shredder to make of them some by-products of the meat industry.
Leaving aside the awareness that they are living beings.