Alive Nature: The Choice of a Raw Food Diet 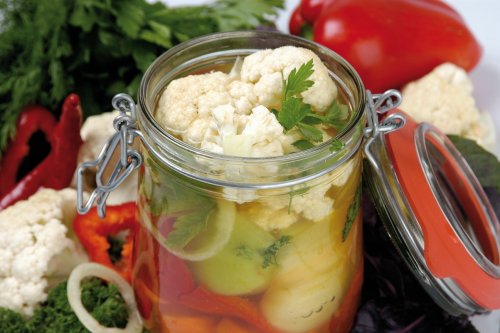 One summer, many years ago, in a village of the sunny coast of Calabria, two children were instructed to go to the bakery to buy bread and , on the way back decided, with freshly baked bread under their arm, to cross a field of tomatoes in order to shorten the road. The tomatoes that stood out inviting on the plants, warm from the sun and fragrant, were an irresistible temptation: instead of returning home were their relatives waiting to start lunch, they began to eat the tomatoes. The two pounds of warm bread disappeared in a few minutes along with the gift of God "gleaned" at the time. The two children were later interrogated by the adults, angry because they did not bring the bread home, where the tomato salad enthroned on the laid table: the two boys answered together, without thinking: "peaks chiddi on cchiù bboni."
This evident truth, which did not exempt the young protagonists of the story (my husband and his cousin) from taking a solemn spanking from both mothers, worried about the fate of the" lost" children and bread and tells us something we already know but it is worth to point out in this context: fresh is better, it has more flavor. Maybe heated by the hot sun and juicy throughout the sap of the plant not yet congealed, it is a concentrate of life that becomes life for those who eat it.

The act of pulling off a fruit from a branch or a flower from the ground and bring it to the mouth is ascribed in a sort of ancestral feeling of paradisiacal freedom. While on the other hand, the same gesture remains trapped in the survival of a company that for thousands of years cooks everything for hygiene, to give space to the culinary arts and cooking at home as a ritual activity and, last not least, to give flavor to the "raw mateirals. "
We cook for a matter of hygiene, but right from the bacteriological point of view, not from the nutritional point of view: indeed, with the cooking the minerals contained in the fresh food and the vitamins, especially vitamin C , a very susceptible young lady who suffers very much of heat, go to subside!
In addition, above 45 ° C the enzymes necessary for a good and easy digestion do not survive, and fats are oxidized, giving rise to free radicals that promote aging and predispose to certain diseases.
Whether you cook as homemaking or as a profession, we give a lot of importance to the research of the ingredients, to their composition in precise doses and in due time, to the conception of new recipes, to the continous news to experiment different combinations, as well as the emotional application about what we are going to prepare.
All this is also possible in the raw food kitchen.

One example is the book-essay published by Edizioni Terra Nova of Sara Cargnello "All raw in the kitchen - 90 recipes to have fun with tasty and imaginative dishes that do not need hobs”
http://www.aamterranuova.it/Novita-dal-mondo-Terra-Nuova/Tutto-crudo-in-cucina


STARTING FROM THE BASES

If we were to consider the idea of becoming raw foodists, or simply to bring more raw foods in our diet and in our moments of conviviality, there are some essential things to know.
Meanwhile, the raw food declines in many schools: from fruitarians to those who join the vegetable with raw eggs and milk, to those who exclude all animal products.
The recipes in the book by Sara Cargnello, in this case, adhere to the latter type.


If the magic of raw food is enveloping us in its voluptuous coils as did the tomatoes with the two protagonists of the story, it is better to let it happen gradually.
Although there are no contraindications to eat only Cruditeè, when you decide to switch to a power supply with a completely raw food diet, you should follow two important rules: chew food carefully (prima digestio fit in ore, said our fathers!) and drink at least a liter and a half of water a day. Both measures are needed to avoid the annoying belly swelling caused by increased intake of fiber at which our gut is not used yet.

IN THE KITCHEN WITH THE HELPERS

First of all we must equip. In the good kitchen of someone who joins the raw food diet these tools can not miss:
- The centrifuge
- The dryer, preferably if horizontal (in order to avoid discourteous dripping on other foods and food odors from one food to another)
- The shooty, that you can buy but can also build at home in a few easy steps
- The flake machine, with which we can make seeds in flakes ready to eat, with the certainty that they do not have additives and are not cooked, as it is often in the case of cereals industry.

Then we can take action and begin to practice with salads that, in their simplicity, give us the opportunity to learn how to make the combinations according to the taste and digestibility of foods. The ideal recipe for the salad of a true raw food diet, as Cargnello Sara writes in her book, is composed of: a base (leaves), a stem, a flower, a fruit and a root.
So you have to consider all parts of the plant which, in their entirety, will feed us.
Then we can choose a leafy vegetable spacing from escarole to chicory, from cabbage to dandelion.
Then there are also the stems: a celery, a stalk of artichoke or a leek.
Then the roots, from carrots to onions and ginger.
The flowers, from cauliflower to broccoli and purple wisteria.
And finally, the fruits: tomatoes, peppers, cucumbers and all fresh fruit.

THE DICTIONARY OF raw food diet
Eating raw also means learning to make our own words and new practices, such as soaking and sprouting, which are essential in the preparation of the shoots, an inexhaustible source of nutrients that, even in small quantities, give flavor and crunch to every dish.
Another word is drying, a process thanks to which we can do at home sun-dried tomatoes and raisins, but also crackers, bread and biscuits. To dry our foods we can use the natural heat of the sun in summer, or a stove or heater during the cold months. Finally, fermentation, a process that enriches the foods of other health benefits such as probiotic bacteria, lactic acid, vitamin C and some B group Not bad!


Of course, we must take into account that the fresh food smoothie, minced, centrifuged and dried, however, will undergo a partial decrease of its nutritional values. Indeed, the simple act of slicing a food already gives the start to the oxidation process, which sometimes reduce by up to 70% the amount of folic acid and vitamin C in fruits and vegetables.

But however we never may think of a monotonous and lacking in flavor raw food cooking. You only have to look at some recipes to understand that the taste is there, but it is a priority to support it, not to dominate it. Indeed, the most important thing about the raw food adventure, even if approached in small steps, is that you learn to recognize and feel the true flavors, those to which we are unaccustomed because of cooking in front of the stove. Understanding the palate, decoding, what is truly "natural" can be like learning another language.
It is a different way to approach things, accepting them for what they are, accepting their essence and enjoying it.

LOOKING FOR THE LOST PARADISE
Some religious traditions tell us of an original state of perfection of humanity, in which we were at peace with the rest of creation, and we only ate fruits. A past where you could devote your time (perhaps infinite) in contemplating the beauty of nature. Then, in these narratives, something happens and today we live ecxactly what happened in the end of the story: fatigue, worries, lack of time, of air, lack of something we always yearn to. Learning to eat raw may help us to regain the lost paradise, although for brief glimpses.

This article is excerpted from TERRA NUOVA, the magazine for the ecology of the mind and the happy decrease.
www.terranuovaedizioni.it

Below 3 of 90 recipes from the book by Sara Cargnello "ALL RAW IN THE KITCHEN"
http://www.aamterranuova.it/Novita-dal-mondo-Terra-Nuova/Tutto-crudo-in-cucina