Mosquitoes: Protect Yourself Eating and Without Toxins 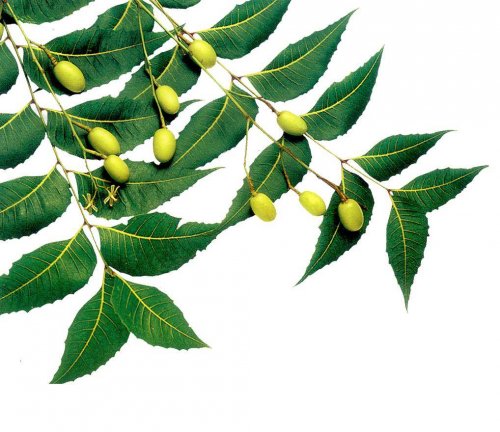 Plates, spirals and lotions are the best of what chemistry has been able to find to ward off mosquitoes, but pose a risk to human health and the environment. There are also natural alternatives, but we must be able to distinguish those who are effective. Heat is back and long since our nights are marred by the unnerving buzzing of mosquitoes. The temptation to rush to the supermarket and buy lotions and platelets is very strong, but just a careful look at the packaging will be enough to see that before you make a compulsive buying some reflection is needed. We looked at the labels of the various solutions offered by large retailers, but then we sought natural alternatives.
Here's what we found out.

Mosquito pads:
The first thing that catches the eye on the packaging of common pads against mosquitos is the hazard symbol depicting a dead fish and a tree without leaves: this indicates that the product was judged to be toxic to the environment and aquatic organisms. Already here the question arises: whether it is toxic to the environment, will it be toxic for me? Then reading the list of ingredients, we find that the active ingredient in most of the cases is the allethrin. Let's see then what it is.
"The Allethrin is a semi-synthetic variant of pyrethrin, the active ingredient extracted from pyrethrum, a plant of the family of chrysanthemum" the chemical Daniele Minciocchi clarifies. "Allethrin, cypermethrin, permethrin and tetramethrin are all substances that depart from this organic molecule and have been modified to improve its efficiency and prolong the time of stability. Indeed in nature they are highly degradable and have a very limited time. Insecticides are relatively harmless to humans, which have replaced the compounds of phosphorous and chlorine, such as DDT, very little degradable and tend to accumulate in fatty tissues of animals and humans. However, there is some toxicity, because the diffusers are turned on for many hours, often in small and poorly ventilated rooms. "Our advice, if you decide to use them, is to follow the instructions carefully "thorough ventilation of the room before entering." The risks of overexposure are essentially neurological symptoms such as headache, dizziness, lightheadedness. It is true that the disturbances subside once you stop the exposure, but there is no need to subject our body to continued stress.
"Pyrethroids" specifies Minciocchi "are often enhanced by piperonyl butoxide. Also in this case it is a semi-synthetic molecule, derived from heliotropine, which in turn is composed of vanillin and benzaldehyde, two compounds which are well tolerated. "These mosquito pads are therefore very toxic to the aquatic insects and fauna, but more lenient on mammals. There are however beneficial substances, especially in the long term. And they are not recommended for allergy sufferers and sufferers from bronchial asthma.


The automatic diffusers:
Absolutely advised against are the automatic diffusers that spray insecticide at intervals of a few minutes, because they multiply our exposure to biocides and are therefore intrinsically toxic, being the most effective.
Okay, you’d say, but then what can I do? Well, the alternative to the classic domestic diffusers are primarily physical, starting from the mosquito nets on the windows or the ones to put on the bed. However it’s also important to eliminate from balconies and gardens, standing water of any kind, where mosquitoes can reproduce. When you can not delete it, the solution is to deposit coins or copper wires in the stands, in the buckets of water, or wherever there is standing water. The ions and copper oxide, indeed, prevent permanently the hatching of eggs.

Lotions: stay away from DEET!
When we are away from home, however, we are again without defenses, and it is in these cases that we often resort to lotions to spread on the skin. The most talked active ingredient in spray, stick or mosquito repellent lotions is DEET (dietiltoluamide). It is a pesticide derived from toluene, potentially neurotoxic. Studies of a pharmacologist of the American Duke University, Mohamed Abou-Donia became very important (1). His research, conducted on rats (2), show that frequent and prolonged applications of DEET cause the death of neurons in regions of the brain that control muscle movement, learning, memory and concentration. The rats treated with a dose of DEET, which corresponds, in due proportion, to that used by humans, shows the worst performance in terms of muscle control, strength and coordination. Those who are naturally most at risk are children, on which these products should never be used, because their nervous system is still under development. The advice of Donia is to use these products only occasionally to avoid possible health consequences. These results were confirmed by a study of the University of Angers in the French university and the Institut de recherche pour le développement of Montpellier (3). It was discovered that DEET even goes to inhibit the operation of a key enzyme for the functioning of the central nervous system.
The ability of DEET to penetrate the human organism is also found in another ingredient of the insecticide permethrin, designed precisely in order to penetrate into the insect those poisons that will kill them. Of course, our skin is very different from that of insects, but this does not seem to be very reassuring.
The other major active ingredient used in lotions is the icaridina, or KBR, developed by Bayer. It was created fairly recently and bases its action on the ability to interfere with the olfactory system of mosquitoes, altering the perception and making the smell of man unbearable. The first studies are reassuring, the penetration seems to be reduced and eliminated through the kidneys, but there are still few studies on icaridina, and our advice is to apply the precautionary principle.

Natural essences are better:
We should not think to natural remedies only as weak palliatives: some have an effectiveness that has nothing to envy to traditional products. "Neem oil, of which there are already lotions and platelets in the market, is extracted from the seeds or leaves of Azadirachta Iindica and is a true natural insecticide, also recognized by the European legislation" specifies Marco Valussi, phytotherapist. It also is an effective insect repellent against lice and many insects, thus taking away the flies and lice as well. Although it is generally well tolerated by the superior organisms, it can not be taken orally by mouth and it is better not to use it pure on skin, thus in the products containing it, it is properly diluted, but it is generally well tolerated by higher organisms and very toxic to insects. "The action of Neem oil can be enhanced by mixing it in different essential oils that cover the unpleasant smell" continues Valussi. "There are many plants that contain interesting active ingredients, because for them it is vital to defend themselves from the attack of insects."
One of the most effective molecules is citral, which is the essential oil of citronella, lemongrass, gingergrass, melissa and geranium. Eucalyptol is also very active, and is contained in the essential oil of eucalyptus and rosemary, lavender or linalool, not to mention citrus fruit and tea tree.
"An essential oil rather promising, of which there are several scientific evidences that testify to its effectiveness, is that of Nepeta cataria." Continues Valussi. "It contains some chemicals very similar to feline pheromones that make it simultaneously loved by cats and much hated by mosquitoes, flies and lice. Even the essential oil of dill contains a large number of very interesting repellents compounds. "

What does not work:
Not all natural remedies work, however: for example, the ultrasound, perfectly useless since the mosquitoes have not hearing, and vitamin B6, which does not prevent from being bitten, even if it improves the immune system and can reduce the response to puncture. Also antibacterial soaps are unnecessary: it is true that it is the bacterial flora to attract insects, but this is reformed in a few minutes after washing. Thumbs down also against the coils: they seem more natural, but like in the case of mosquito pads the active ingredients are pyrethroids. And the combustion necessary to their operation does nothing but worsen the situation.

Protect yourself by eating:
In the search for a natural way to fight the hives, also our diet can be a valuable ally. "All the sulfur compounds, those contained in garlic, onions, leeks, cabbage, are unwelcome to mosquitoes," says Paolo Giordo, a homeopath and phytotherapy. "Therefore, a diet rich in these foods helps, because sulfur compounds are expelled by the sweat, making us much less attractive." Unfortunately, these compounds, when present above a certain limit, send away also the rest of mankind.
"There are more pleasant aromatic alternative " continues Giordo. "Cloves, cinnamon, ginger, greek hay are just as unpleasant to mosquitoes, but not to humans. Thus, a clove tea in the evening, in addition to acting as a disinfectant, will help prevent bites, as well as a digestive herbal tea with cinnamon. "
Finally, we can ask even for homeopathy help. According Giordo the "three grains of Ledum palustre (5 CH) taken in the morning fasting create, after a few days, an energy situation in the skin which is unpleasant to mosquitoes. The mother tincture of Artemisia vulgaris, finally, has an excellent preventive action: it is sufficient to assume thirty drops per day. "

The after-sting that works:
The mosquito bite is not in itself harmful, nor particularly painful: his only flaw is itching and allergic reaction. To alleviate this discomfort, the first thing to do is to wash the affected area with cold water or neutralize it with ice, then move on to something that prolongs the action in time. The phytotherapist Marco Valussi recommended to enrich a oleolito hypericum, soothing for its nature, with essential oils of lavender, peppermint and clove that soothe, refresh and reduce sensitivity. It is best to apply it in the evening, because this oleolito contains photo-activating substances, which in some cases may stain the skin. According to the homeopath Paolo Giordo a real relief from the itching is obtained by taking several times a day, and between meals, 3 granules Apis mellifica (5 CH) or Tarentula cubensis.