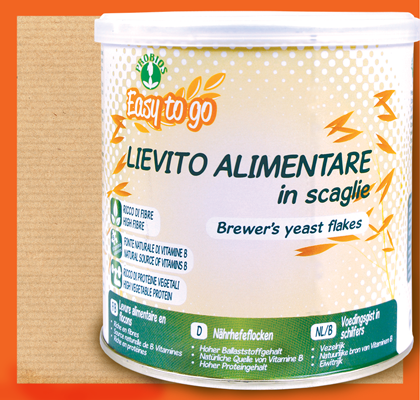 Sometimes I see among the ingredients of the name "sourdough" sometimes instead of "leavening agents": Can one always use the same type of yeast in organic products?

In the recipes of Probios can be  used three different types of yeast:

- Natural yeast or brewer's yeast, consisting of colonies of microscopic single-celled fungi, saccharomyces, able to multiply rapidly on the substrate sugar (usually molasses), developing carbon dioxide, which goes to inflate the dough. It is mostly used in savory preparations like pizza, crackers, breadsticks and focaccia.

-  The leavening in sour dough or dough made ??from a mixture of flour and water, left in contact with the air so as to enrich the yeasts present in the environment. This method was commonly used before the advent of yeast and was handed down within families as a rite contours almost magical. This type of leavening is much slower and more complex than that with yeast. The rising time depends on several variables: the type of flour and corn used (wheat, durum wheat, spelled, white, wholemeal, semi-integral, etc ...), the temperature of the surrounding environment and the addition of other ingredients in the dough. It is used for baking and was rediscovered especially by bakers and used in recipes such as panettone and doves.

- The raising agent instead are used in preparation of sweets and packaged snacks, especially where it is important to get a different friability. They have the characteristic of generating gas much faster than the methods of leavening described previously. Among the dozens of leavening agents allowed in conventional, very few are those that can be used in organic products: carbonates of sodium, potassium, ammonium and magnesium, sodium tartrate, potassium tartrate or cream of tartar, tartaric acid and calcium phosphate. This type of ingredients is generally well tolerated by those who are yeast intolerant and sensitive to nickel.