Our Suppliers: Pasta Lensi - The Art of Pasta Since 1920 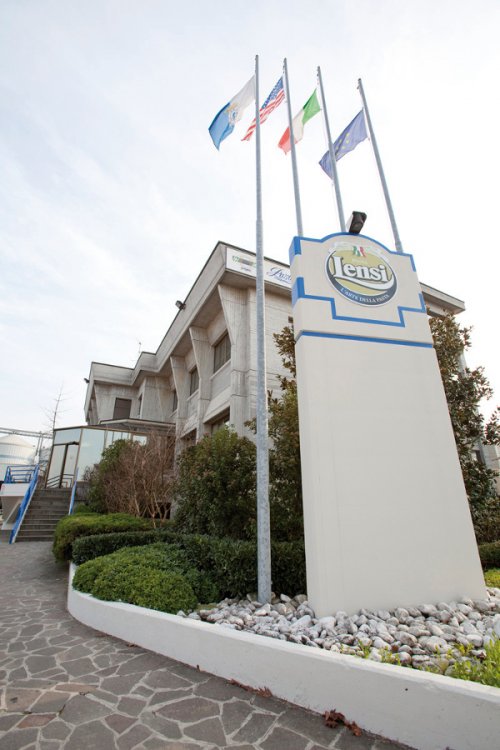 We meet James Zorzi, Chairman and managing director of Pasta Lensi one of the leading italian companies in the production of traditional and gluten free pasta.

The world of pasta is always very fascinating especially when it's made ​​with grains different from wheat, for which the processing is undoubtedly very difficult.

The pasta factory has a long history which has not always been here in Verolanuova (BS), indeed the first factory was born in 1920 in Vinci, the Renaissance village that was the birthplace of the famous Leonardo and where the family Lensi gives birth and works in the farm for three generations.

In the early 2000s the family Lensi decides to sell the plant because of the inability to obtain permits for the industrial development of an activity that was going to meet a rapid expansion. Thus it is taken over by the American Italian Pasta Company leader in the production of pasta in North America and that had settled in Italy from a few months.

Thus the modern pasta factory in Verolanuova in the province of Brescia is inaugurated. The new reality is always identified with the name of PASTA LENSI and from about 13 years it is an established name in the panorama of the producers of special pasta.

The intersection between the two realities is actually a perfect and harmonious fusion between the traditional and historical continuity of pasta as the Lensi family had planned and wanted, and the use of modern technology combined with a lean and efficient organization.

All this has resulted in the company's mission to be recognized at a global level as the leading manufacturer of the functional products with a high surplus value, including without a doubt the organic pasta, the gluten-free line and the wholemeal/multigrain pasta .

The approach to biological as Zorzi explains was a continuation of an idea of the founders: "The family Lensi was already one of the forerunners and proponents  of the expansion of pasta from organic farming, having realized the gradually increasing importance, and it was therefore a natural step for us to continue the production also in the new structure extending it to other specialties as the integral, the gluten-free or other grains as spelled. "

To date, this choice has without no doubt rewarded, indeed Pasta Lensi has built over the years a very important and growing activity thanks to the growing awareness of consumers in the world of Organic food and Nutritional welfare.

We know that to realize gluten-free pasta is different from producing traditional pasta; the absence of gluten restricts the structural capacity and, consequently, the process which must be adopted for the transformation of the flour in the dough is very complex and laborious as well as it expensive.

A whole range of useful devices are required in order to obtain a quality product.

As we Zorzi explains: "The production of gluten-free pasta requires a series of very specific and complex tasks that rely primarily on the

highest competence and knowledge of the people who make up the team of Pasta Lensi. "

As if to say that you obviously can not improvise manufacturers of gluten-free pasta, and again, "There are several steps that must be taken into account and that start from the selection of varieties of raw materials, to the attention to details in the creation of recipes and control of the process parameters up to the meticulous attention needed to ensure the health of the finished product in all its steps. "The question that arises naturally concerns the certifications and inspections that a product dedicated to an audience that requires a particular diet must certainly have, such as control over raw materials: "All raw materials are of the supply chain, i.e. we know, and check the various agronomic steps from the selection of varieties, up to the moment of arrival at our factory. The raw materials we use are certified with absence of GMO and when they are BIO the details of certifications  are checked carefully. "

At this point of our meeting, let's see if we can steal some secret: "Without giving away too many secrets, we could attribute the success of a great gluten-free pasta to factors such as: the selection of raw materials, the variety of prescription, the production process and last but not least the passion and dedication with which the people of PASTA LENSI carry out their daily mission. "

It is a common thought that the best die is the bronze die, but today also the teflon dies are used a lot, are they better for the gluten-free product?

"The bronze dies are employed for the realization of pasta of handcrafted look and are typically more suitable for the production of semolina pasta. For the gluten-free pasta the die teflon is definitely more performant since the lower porosity of the product slows down the release of starch, cause of the stickiness and hence a greater resistance and performance in baking. "

PASTA LENSI is a company that looks to its future with ambition: in 2011, it has completed the acquisition of Pasta Factory Annoni site in the province of Bergamo, a leader in the production of lasagne, cannelloni and pizzocheri, present both on the Italian market and in several countries.

With this important and strategic development, the company has evolved expanding its portfolio for products and customers.

The continuous search for ingredients and pasta shapes in the context of functional products and wellness is a priority in order to continue to provide healthy and wholesome food to its customers and consumers, particularly in the area of ​​gluten, where potential investments are on the horizon.

In 2014 Pasta Lensi will be exhibiting at numerous trade fairs:

BioFach in Nuremberg in February, Cibus di Parma in May, FREE FROM FOOD in Brussels in June.