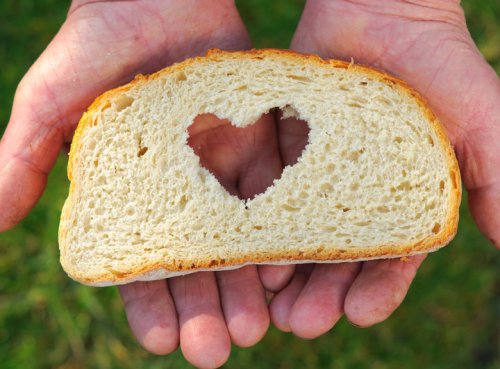 Germany and Britain are sounding the alarm on glyphosate residues in cereals. In Italy the report "Pesticides in the pot" has bad news in store for us. The safest choice is organic.

Glyphosate is the most known and used herbicide in the world. And we eat it every day, consuming bread, pasta, pastries and any other type of processed food made from wheat and other cereals. According to the recent report of the Soil Association (1), this substance is regularly present in the cereals on sale in Britain. In surveys carried out in 2011 by the associatio, it is found in 1 bread out of 4. While monitoring carried out by the British government from 2009 to 2011 confirm the increasing incidence of herbicide in the bread.
The data coming from Germany are even more alarming. The German magazine Oekotest, after a careful examination of the laboratory, has found traces of glyphosate in breads, loaves of bread, packages of flour, boxes of granola and oatmeal. In particular, they analyzed whole foods, that according to what has been declared by the Association of German millers (VDM), if they aren’t of biological origin, they are more prone to contamination. The substance, even if in minimum percentage, was found in 14 products. It is part of our daily bread.

The situation in Italy
And in Italy? It seems that there are no precise data or large-scale research on this specific pollutant. Italians are the largest consumers of pasta and bread in Europe, and perhaps in the world, so in theory they are more exposed to repeated intake of these substances.
The report "Pesticides on the plate" of Legambiente reveals contamination of various food products, contaminated by various chemicals, including glyphosate. Altroconsumo in 2011 had made a survey on the quality of the meals in school cafeterias, finding traces of pesticides in at least a third of the dishes analyzed and raising a scandal just on bread. In two schools of Genoa, Andersen’s and Cantore’s, another pesticide was present, dichlorvos, the use of which is banned in Europe.
Unfortunately glyphosate, reproduced by different companies under other trade names, is a broad-spectrum herbicide that is commonly used in agriculture, but also in the domestic market, in products for the maintenance of orchards and gardens.
Returning to the cereals, we must add that the cultivation of wheat, the main ingredient of our pasta, today takes place in very different places in terms of climate and cultivation techniques from the Mediterranean. So, it happens that the country of Macaroni and three hundred types of bread is one of the leading importers of wheat on a global scale. According to Coldiretti more than 1 billion pounds of pasta produced in Italy is made with non-European wheat. The largest Italian agricultural association argues that if you do not purchase pasta certified with Italian grains, you are likely to eat a highly unhealthy product. But also with the Italian product, unless it comes from organic farming, in which the use of herbicides is expressly forbidden and mowing must be done in a mechanical way, we can not be fully protected.

The danger of GMOs
Glyphosate creates a kind of farming addiction. The more you do the more you use it and increase the dose. It accumulates and persists in the soil for years, destroying the microorganisms in the soil, essential for the life of plants, but also promotes the proliferation of pathogens that cause disease. One of the main problems arising from its use is the rapid emergence of infesting grasses which in turn become resistant to glyphosate. The same Dow AgroSciences, which manufactures pesticides on large scale, says that in 2010 in the United States more than 12 million hectares of soybean were infested with weeds resistant to glyphosate.
When the soils are infested, farmers are almost forced to progressively increase the amount of use of this poison, or apply different active ingredients, plowing the fields in deep to bury further down the weed seeds and making even the manual weeding. Faced with this problem, Monsanto and Dow Chemicals have developed new GM crops resistant to higher doses and herbicides.
So, the European Commission is considering the authorization to cultivate 26 new transgenic varieties, 19 of which are compatible to glyphosate.

But actually what are the effects on the environment and human health of this herbicide?
The European Commission has preferred to postpone by three years, to 2015, the ten-year revision of the checks on the safety of glyphosate, probably to avoid dealing with a topic much debated and controversial, and certainly uncomfortable to large agribusiness industries.
From the scientific point of view, several studies have found widespread contamination of the water by this herbicide, which has a toxicity to most aquatic organisms. In particular, a recent study published in the Journal of Applied Ecology (2) shows the lethal effect that this herbicide may have on some fishes, whose survival rate is also reduced because of the increased vulnerabeility to pests.
Other scientists debate on the alleged harmlessness of the substance for humans, while farmers continue to spray it careless in the fields and we continue to ingest it in amounts difficult to calculate. A report published last year by a team of English, Irish and Brazilian academics and science journalists highlights malformations caused to laboratory animals caused by glyphosate, a fact of which the authorities would have been aware since 1980.
More recently, in the field of research there are those who launche other acute alarms. The well-known French study led by Gilles Eric Séralini, who brought charges against the genetically modified corn from Monsanto (3), reiterated the dangers of glyphosate as harmful to the endocrine and reproductive systems. The European authority for environmental protection (EPA) places particular attention on cases of poisoning that may result from habitual consumption of water contaminated by glyphosate in excess of the maximum permissible level of contamination: there may be damage to the kidneys and the reproductive system. While some French studies correlate it to the onset of Hodgkin's disease.

We want a clean bread
Unfortunately, the glyphosate is sprayed shortly before harvest also directly on the plant, to help the ripening of wheat ears. Finally, it is also used for vegetables, potatoes and oil seeds. From this we understand that it is very easy to find it in the plate. And apparently glyphosate also exceeds the oven test, remaining stable even at high temperatures.
It should be noted that the outer part of the grain of corn is the most contaminated by residues of plant protection: the integrals may be more exposed, but also white flours not guarantee any purity. In principle, you should therefore always choose organic foods even for a category of product as seemingly innocuous as bread and cereals. Since it is not an accidental or environmental contamination, biological method can give full security to the absence of this substance.

BOX INFO
How much corn comes from abroad?