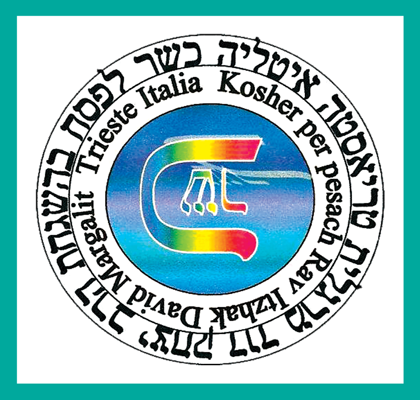 On some of your products I see the kosher symbol, but what is it? A religion or a type of diet? Why is there on some products labels?

For kosher one means the combination of religious rules that underlie the nutrition of the Jewish observing people. The word "kosher" or "kasher" means "according to the law", "suitable", "permitted".

The term kasheruth outlines the dietary laws of the Jewish religion established in the written Torah, the Jewish holy book and has been handed down to this day. According to these rules certain categories of foods are not considered kosher, among which there are some animals such as the pig, some types of birds and fish, most of the insects and crustaceans, molluscs or reptiles. The contact between meat and dairy products it is not allowed, and there are also laid down strict rules for the slaughter of animals.

Kosher certification is obtained following a process of control by a rabbinical institution, which oversees the production of the food in order to ensure that it is kosher. A representative of the rabbi in question shall carry out frequent and regular inspections at the establishment, without advanced notice, in order to verify that there were no changes that could compromise its status as kosher. The certification has an expiry date and must be renewed periodically; can also be revoked at any time.